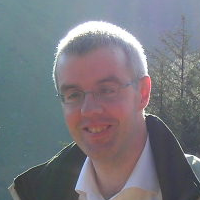 I was born and educated in Ireland and then came to work in London.

In 2006 and 2007, while looking for a mountain by the sea to build my retirement home on, I completed a master's course in Artificial Intelligence at University College Cork.

In 2008 I purchased the site for my place in the country at Rooska.

Since 2010 I have been working in London as a Web Developer.